The Light Phone and Jason Bourne 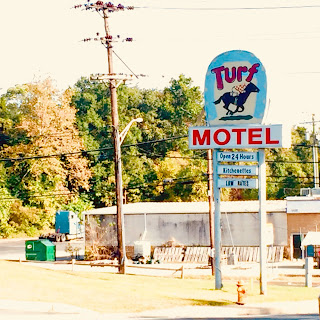 Jason Bourne can get you into trouble. When I got to the airport in Baltimore, I thought I could simply switch the sim card in my iPhone from the British one to the American one just like Jason Bourne does in Berlin. This proved about as easy as switching my citizenship from the USA to the UK, which is to say difficult. That would have been alright, except I had turned down the GPS (SATNAV) option at the rental car desk, assuming that I, Jennifer Bourne, could use the maps app on my iPhone to get from the airport to the hotel.
So, there I was fluttering out onto the roads of Maryland in my lovely Nissan Versa Note with no map and no way to call any friend in the area who might direct me to my Laurel hotel. Ok, don’t panic.
I used my vague geographical knowledge of the greater Baltimore area to head south on I-95 and started looking for an exit where I could go to a gas station and buy a map. WARNING: Most gas stations don’t sell maps anymore. But I also had a scant memory from when I booked my hotel that the same chain I chose, had a sister hotel in Arundel Mills where I found the gas station. And that sister hotel was across the street from the mapless gas station. Yes!
I stopped in at the hotel front desk where the smiley night manageress printed directions for me to the Laurel hotel and I finally made it to my downy duvet in Laurel after being greeted by smiley Bruce at the front desk.
No phone, no problem But, yes, a bit of gumption required.
And this brings me to the big tech news just out today – the launch of the “light phone” – a credit card sized phone which takes forwarded calls from your real cell phone and also stores nine numbers for outgoing calls.
According to the inventors, the “light phone” allows us to untether ourselves from addictive enslaving screens that seduce us with promises of productivity and woo us away from “real” connections and experiences. The phone, in colors “white” and “night,” starts arriving on doorsteps at the end of October packaged in a hardback book full of nature photographs.
If you are getting one of these phones, please don’t think I’m against it. After watching the nifty video of their fabricators in Yantai, China, I feel their pull. But let’s just stop for a second and think about this.
In order to “go light,” we are encouraged to spend $150 and $5 a month maintenance to add another plastic device and its little charging cable to our lives in order to free ourselves from heavy cyber-enslavement, from always being available, from being owned by our screens?
Remember gumption? Free will?
Can’t we just decide to turn off our phones? Leave them behind sometimes? Just not look at them?
Do we have the willpower to use our phones to take a photograph without checking our 17 Facebook and Instagram notifications?
The “light phone” inventors are counting on, even more to the point, banking on the assumption that we don’t. We can’t.
They assumed that we don’t have that gumption. So, we need training wheels to let go of our Google alerts. If we are going to stare at trees or take a walk with our girlfriend in the park, we don’t need apps, but, wait for it, we do need “peace of mind.” So, we’ll still carry a phone in case a grizzly bear jumps out from the trees or someone flashes us on our walk in the park.
When Grandaddy Hankins took my Dad and Uncle Tom across America in a big station wagon in the 1960s, he did it without a “peace of mind” phone. He had quarters for the payphone, I suppose, and they had a big ole map which my Dad traced with his finger through grizzly-bear territory. They had a spare tire and a jack, too. They had the kindness of strangers at the gas station, like the two Latino men at the gas station who tried to give me directions to Laurel.
The Brooklyn “light phone” inventors are banking on the assumption that the soul-sucking smart phones and tablets have left us so little gumption that we will buy their device, so that we don’t have to go cold turkey and drive across America with a big ole map. They are banking on the idea that we don’t have anything left in us of our ancestors who stepped onto a boat with very little chance of seeing their homeland again. They hope that we won’t just turn our rental car onto the interstate and find our own way in the dark.